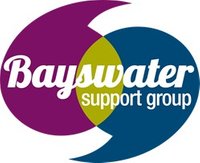 -advice from London based. Europes largest,

1. Listen to your child

This is the most important bit of advice: at first, listen. If your child tells you they are trans, or are unsure of their gender, perhaps it will shock you, so you may betray your alarm or get cross. Or maybe it's not a surprise at all and you're already well prepared to answer your child with sceptical counter-arguments. Either way: try not to. Your child is telling you something important and meaningful to them, as they try to work out where they belong in the world. It's new territory for both of you and they are probably deeply unsettled, just like you. So don't flip out, you’re the grown up.

Keeping communications open is very important, especially at this vulnerable time of change for your child. If their reward for confiding in you is you getting cross, they may not make the same mistake twice. If you don't listen to them now, how could you expect them to listen to you later? There will be plenty of time later on for you to say what you think is going on. But especially early on, take the time to hear from them and adopt an open inquisitive poise, because it establishes that this topic is something that’s OK to discuss.

Your child may be following a script of sorts - maybe not one that gives them words to say, but which tells them what steps to take and how you’re likely to respond. Much informal guidance on the internet about coming out as trans tells children to anticipate that their parents will act as barriers to their realisation of their true self: parents are controlling, unsupportive, even transphobic. In a sense, it is a battle for your child's trust so don’t play into advice like this. It can undermine the parental bond and that’s absolutely not in your child’s best interests.

Your child may be telling you something you'd never expected to hear, and they may believe things you privately think are impossible or ridiculous. But your child is a reasonable person who is responding to their unease the best way they know how.

So get to know what your child is reading, watch the same youtubers they're glued to, follow conversations on reddit. It will help you understand who is influencing your child and why they find it so compelling. This is your child's world and it will be helpful, if not to walk every path they've trodden, at least to have a sense of the basic route.

At the same time, read about the limited evidence around puberty blockers and hormones (for example here), and the state of evidence informing the management of gender identity issues that arise in adolescence (for example here). Sometimes parents are told that their child may kill themselves if they do not affirm their transgender identity, so it is good to know the reality of such claims (for example here, here and here) so that you can respond seriously to what is clearly a grave suggestion. Know the associations of trans identities with trauma and developmental disorders; but also with bullying and self-harm.

There is plenty of great information out there. But there's also a great deal of poor-quality information and downright misinformation online.

3. The internet isn't your family’s friend

Most of us parents grew up, if not without the internet, then certainly before today's frantic social media gripped society less than a decade ago.

Youtube is owned by Google, and Reddit by the publishers of Condé Nast. You may feel reassured that, because they are elite multi-national corporations, popular sites like these are safe for your children. Sadly, that is absolutely not true. Social media communities can offer young people a powerful sense of belonging but they also host a lot of content that can seriously mislead. Search algorithms latch onto a child's curiosity and will serve up more and more of the same.

No generation of parents in history has previously raised children with unfettered daily access to such a vast ungoverned resource, where children can connect remotely with complete strangers and encounter extreme views. Online, we can all find it difficult to work out what is objective truth and what is someone's subjective opinion based on their individual experiences.

If your child is visiting sites that offer them unrealistic or troubling ideas about themselves and their relationships, you can remove access either by parental controls, or by changing your wifi router settings.

4. Play an active role with school

You may find yourself at school discussing your child's gender identity and their aspirations for transition. This is one of those situations where you may have to actively advocate for your child to ensure that their best interests are served. A school will want to support you in raising your child but they may have ideas that do not accord with your own sense of what's right for your family.

Always be courteous and recognise that teachers want to do their best. But don't feel that other people's assumptions require you to suppress your natural concern for your child's welfare. Don't be shy of asking questions. If you are concerned about the outcome of a meeting, put things in writing so that there is a record of what was agreed.

Encourage the school to recognise that this is a sensitive identity-formation issue that it is not well equipped to intervene in, in the absence of a close partnership of parents. As Bernadette Wren of GIDS has said: “Schools might wait for the parents to approach them before changing things like names in the register, uniforms, pronouns, toilets, sports. If a school just gets a whisper of a child who may be querying their gender and within minutes they are doing everything to make sure that child is regarded as a member of the opposite sex right from the word go — that may not be the best for that child.”

Your child may want to ‘socially transition’ - perhaps they’ve already begun. It mainly involves dressing in clothes and adopting a hair style that signals their membership of the other gender, choosing a new name and asking people to refer to them using new pronouns. Girls will often want to wear a ‘binder’ to flatten their chest. Many children will also have read about transitioning medically - ie by changing their bodies via hormones and surgery - so they may be keen for a referral to GIDS, the NHS’s gender clinic for children, to access those interventions.

How parents respond to all this will be different in each family, and may change over time. It could be helpful to think in advance what your bottom line is, and also how to explain it to your child. Some things to consider:

All changes of this kind are difficult. You’re probably very attached to your child’s name - the one you spent ages choosing before they were born, and the one they are discarding now. Of course, that attachment could itself be part of what your child is seeking to distance themselves from - adolescence is the era when children separate from their parents, after all.

6. Help your child to think critically about sex and gender

By sex, we mean our bodies, our biology. By gender, we mean society's ideas about how the two sexes should dress and behave etc. Nobody has ever changed sex (though doctors have become quite good at making it look like you have). What does your child think would happen if they changed? How would it improve their life? How do they feel the body they were born with is holding them back?

The issue of gender identity is widespread in today's society and our job as parents is to help our children navigate their way through it without it causing them damage, from unnecessary medical treatment, a disrupted education, or harm to family relationships.

Sex reassignment can be right for some people, but it's never the easy option. Quite a few transsexuals - people who've had the surgery - are now expressing concern that children may only be seeing the sales pitch and not the small print (for example here and here). Young people who transitioned (whether medically or socially), only to realise it wasn't right for them, are also sharing their experiences (for example here and here).

Don't enforce gender conformity and try to model the behaviour you want.

Regardless of gender identity issues, it's vital to take care of children's other needs. Things like autism are life-long realities that can take a long time to adjust to. Schools can make helpful adjustments where appropriate, but only if there is a formal diagnosis.

If you choose a therapist, take care that they will see your child in the round, and will help them to explore their feelings rather than simply affirm them.

8. Prepare for the long term

When a child comes out as trans, whether they realise it or not parents might be seeking a 'solution'. That could take the form of unquestioningly ‘affirming’ the child’s new identity - telling school to change their name, organising new clothes, teaching yourself that, where you used to have a son you now have a daughter, and so on - so that the 'problem' is overcome in the shortest time. Or perhaps parents will see danger in every anime book and teenage sub-culture, and organise a therapist for their child though they are not ready to talk. Either way, it may be better to think of the trans identity as a gradual process that will probably occupy your child for at least a year if not substantially longer. Whatever the eventual outcome,  it's probably something that your child will feel has helped to shape them.

The psychologist Stanley Hall who coined the term 'adolescence' understood it as occupying the years from 14 to 24, and today's neuroscientists also think of it as a process that concludes long after legal majority. Try not to let the trans ID dominate your life or theirs, and make decisions for the long term.

For whatever reasons, your child has located the source of their problems within their own body. If you can, try to get them to start looking outwards at the world around them, rather than at their internal experiences where gender dominates. Try to keep things as normal as possible: going to school, clubs and hobbies and getting outside.

Help your child recognise where their demands or behaviour could be impacting family life, especially on siblings. It is all too easy to be consumed by the support of your trans identifying child, when siblings need your help too. Younger children can find it especially hard to cope with their own feelings around a sibling’s changing identity and can be quite confused by what they see and hear around them. Talk to them on a level they can understand and be a part of the family conversation. Make sure the schools and setting your other children attend are aware of what’s happening at home, so they can provide additional support where and when it is needed.

Finally: parenting a teenager can be exhausting at the best of times. Having a trans-identified child can place additional strains on family life.

The issue of trans children is one of the most heated in today's society. Don't feel like you need to follow every last social media post or argument.

Even if you feel that gender ideology has wounded you and your family, don't feel it's your responsibility to overturn the entire phenomenon. For the time being anyway, it's present throughout society and your first priority is yourself and your loved ones.