What science tells us about treatment of children and adolescents

1. There is no scientific evidence that gender reassigment has a positive health effect.   click for more

2. There are large unknowns on the number of regretters. (Long-term follow-up is missing, but early "euphoria" that over time (average 10 years) turns into regret is well  documented.) more

4. Gender reassignment treatment (hormones and/ or surgery) does not reduce psychiatric problems. more

5. Suicide risk does not decrease after gender reassignment treatment. more

6. One must begin by investigating psychiatric issues. Affirmative treatment must not start before evaluation. more

8. Children/ adolescents grow out of gender incongruence (80 - 90%) during puberty while on the other hand ... more

11. There are serious medical risks and side effects of puberty blockers and hormone treatment. more

12. It is a myth that specific brain regions of trans persons are more like those of the self-identified gender. more

13 There has been no long-term follow-up of the effects of gender correcting treatment (surgery or hormones) on quality of life.

15. Psychosocial circumstances and history must be investigated and confirmed. Information from parents, relatives, friends must be considered.

16. Investigation should be culturally neutral without bias of gender research ideology, political influence or religious dogma. 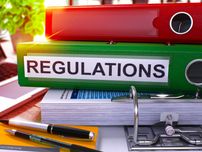